Skip to main content
x
Ed Jesson
Chairman of the Board 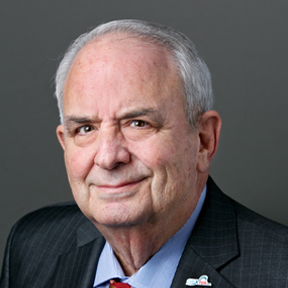 Ed Jesson retired from the Army in May 1987 having specialized in Aviation (Pilot) and acquisition/contract management. His assignments included aviation jobs in Vietnam and Germany, and numerous stateside assignments that included numerous aviation, logistic, and contracting positions within the Federal Government. Upon his retirement out of the Pentagon he formed a new company building computer mother boards and then progressed into Information Technology services. In 1997 (1997-2003) he became a partner of Premier Technology Inc. (PTG) and grew it  from three employees and $425,000 revenue to a company of 482 employees with revenues for 2002 of $45M+ and $65M backlog for 2003. Ed directed the acquisition process and PTG was sold to CACI in May 2003.

Currently, Ed is the Chairman of the Board of Directors, of OBXtek Inc. which was a Service Disabled Veteran Owned Small Business that opened its doors in 2008 as a consulting firm and incorporated in April 2009. OBXtek currently has 558 employees, 283 subcontractor employees. OBXtek has been recognized by INC. Magazine as the 11th fastest growing company in the US in all industrial categories, and the fastest growing firm in the Veteran Owned category in the US. OBXtek was also the fastest growing small business in the Washington and Baltimore areas for 2012 and 2013, according to the Washington Business Journal and the Washington Technology Magazine.

Ed holds a BA in Economics and Political Science and an MA in Accounting from California State University-Humboldt. Ed was born and raised in California and his wife Juliet was born and raised in England. They have three children and five grandkids. He and his wife Juliet are strong supporters of the OBX/Corolla Wounded Warriors Program, the Hawaiian Wounded Warrior Outrigger Races, the OBX Charter School, as well as many other performing arts, educational, and veteran programs.